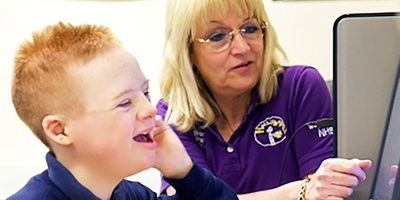 "We feel like e-invoicing gives everyone - our organisation and suppliers - better control over the process.
It just adds an additional layer of robustness to our invoicing and payment processes - and everyone benefits."

Established in 2011 to provide community health services, Bromley Healthcare is a Community Interest Company (CIC) serving Bromley, Bexley, Croydon, Greenwich and Lewisham. As a forward-thinking organisation, which aims to strip back bureaucracy and place patients at the heart of everything it does, it is pioneering the increased use of e invoicing thanks to a best practice finance partnership with NHS Shared Business Services (NHS SBS).

• e-invoices typically paid within 24 days - almost twice as quick as a paper invoice
• e-invoices ready for processing within 24 hours, compared with 10 days for a paper invoice
• Pre-submission checks reduce the likelihood of disputed or rejected invoices
• Invoice status can be checked in real time via online platform - reducing supplier queries by an average of 15%
• More robust and better compliant invoicing and payment processes

Providing everything from district nurses to physiotherapists, health visitors to respiratory specialists, Bromley Healthcare has extended its reach from one London borough to five in just seven years.

With the organisation now seeking to further expand its geographical and services footprint, the hundreds of invoices it receives from a wide range of suppliers every month - everything from medical consumables to locums - is likely to increase considerably.

Fortunately for Bromley Healthcare, the organisation has been at the forefront of e-invoicing in the NHS, partnering with NHS SBS as part of its focus on streamlining processes and maximising efficiencies.

Together the two organisations have worked to move suppliers towards e-invoicing via the Tradeshift platform, which uses a best practice approach that is in line with key NHS strategic directives, such as 'Future Focused Finance' and the drive towards paperless.

The first step was to ensure that all suppliers were aware of the e-invoicing platform: what it was, how to use it and how it could benefit them. To this end, suppliers were contacted about the advantages of using e-invoicing.

And there are many; for example, it is free to use, with no transaction fees. It can also be easily integrated with the existing financial processes of businesses of all shapes and sizes. Invoices can be submitted in three different ways: by uploading a document, by integrating the platform with a supplier's own accounts system, or by enabling the system to capture information from an existing invoice.

When uploaded, 15 pre-submission checks are carried out to ensure that all details on the invoice are correct - reducing the likelihood of disputed or rejected invoices. Once in the system, the invoice typically reaches NHS SBS for processing within 24 hours, compared with the 10 days on average it takes for a paper invoice to reach the accounts team.

Suppliers can then benefit from being able to check an invoice's status in real time - whether it has been sent, accepted, paid, disputed or rejected - and run a number of reports. For example, previously, it was only possible for suppliers to check the status of five invoices at any one time by telephone. Online there are no such limits. This is a real advantage for suppliers who send many hundreds of invoices per month, such as staffing agencies. Indeed, typically, supplier queries reduce by 15 per cent when using e-invoicing because they can be confident their invoice is being processed.

Using e-invoicing has real financial benefits for suppliers too. Not only do they reduce their own administration costs (e.g. on postage) they are often also paid more quickly: a paper invoice typically takes 42 days to be paid compared to just 24 days via e-invoicing.

Since it began using the service in April 2016, when 22 per cent of its suppliers signed up to use e-invoicing, Bromley Healthcare has steadily grown the number of invoices being processed this way - in no small part because the organisation now mandates it for any supplier wishing to send an electronic invoice. In September 2018, 54 per cent of its invoices were submitted on the platform - the majority of which were from 'higher volume' suppliers.

Discussing the benefits of e-invoicing both for Bromley Healthcare and its suppliers, Shelley McCoy, senior finance business partner at the organisation, commented:

"For suppliers, e-invoicing removes many of the obstacles that can sometimes lead to invoices being rejected. It eliminates the risk of administrative glitches and allows issues to be resolved in real time. 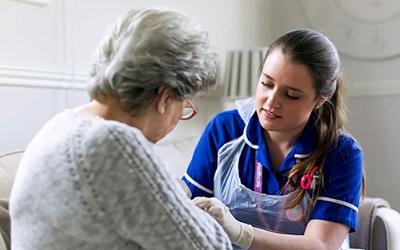 "It also provides more transparency around payments. Previously, we received a couple of phone calls per week from suppliers wanting to check we'd received their invoice, or wanting to check the payment status. But using e-invoicing through NHS SBS means they can just log in and have any queries answered. It's better for us and better for them."

At a more strategic level, Shelley believes that e-invoicing has improved the robustness of the organisation's financial operations, ensuring compliance around payment practices and helping Bromley Healthcare maintain its good relationships with suppliers. She continued:

"We feel like it gives everyone - our organisation and suppliers - better control over the process. Suppliers can be confident that we've received their invoice and that it is going to be paid and there is a clear audit trail. It just adds an additional layer of robustness to our invoicing and payment processes - and everyone benefits."