In 2008 the government changed the way NHS pension contributions were deducted by introducing a tiering system. When pay is increased via pay awards, promotions, exceeding incremental points etc. staff often move to the next tier up.

The 2021 3% national NHS pay award was announced in August and backdated to 1 April 2021. This increase in pay has moved some staff into the next tier for pension contributions.

The payroll system (ESR) re-assessed pensionable pay using September payslips, and made the necessary changes to the pension contribution rate. If a member of staff moved tiers (latest list below) the revised contribution rate was backdated to 1 April to align with the increase in pay.

Pension scheme rules are set by the government, enforced by NHS Pensions, assessed by ESR and implemented by the employer (or by a payroll supplier such as NHS Shared Business Services on the employer's behalf). 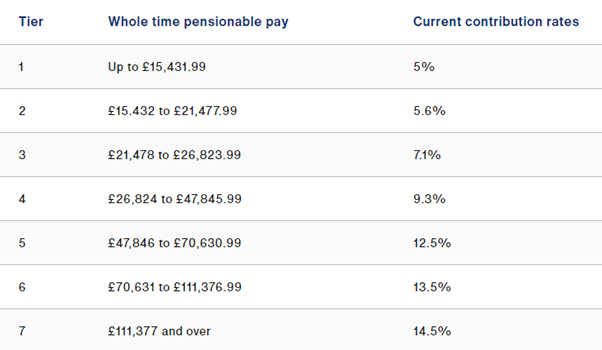