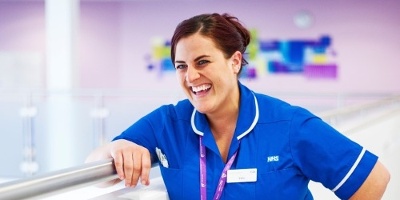 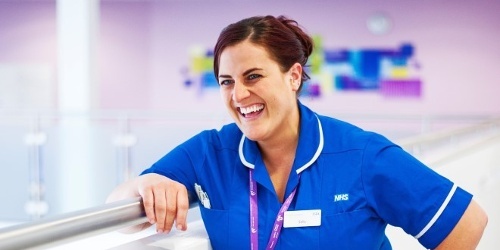 "The NHS SBS independent exit interview process has enabled us to provide board level assurance that we are doing the right things.
The invaluable narrative has given us new important insights but also validated much of what we already knew and the steps already taken."

As a values-led NHS provider with a strong community ethos and commitment to offering a great place to work, Solent NHS Trust partnered with NHS Shared Business Services (NHS SBS) to pilot a new bespoke exit interview service, which has helped the Trust in its efforts to manage nursing staff turnover and inform retention priorities.

With NHS Trusts struggling to fill a record number of job vacancies and research suggesting there will be a shortage of more than 350,000 NHS employees by 2030, taking steps to recruit and retain more doctors, nurses and other health professionals is essential for the sustainability of NHS providers up and down the country.

As one of the largest community providers in the NHS and a major employer across Hampshire, managers at Solent NHS Trust knew that positive engagement with departing employees could help inform the organisation's workforce processes, identify areas in need of priority attention, enhance the workplace environment, and ultimately, reduce staff turnover.

But with the Trust struggling to connect with outgoing employees or collect meaningful data through the traditional exit interview process on ESR (Employee Staff Record), its forward-thinking HR and People team recognised the value of the independent and tailored service being developed by NHS SBS.

Kevin Gaugler, Head of People Operations at Solent NHS Trust, explained: "The main reason we were keen to pilot a new exit interview process with NHS SBS was our need for critical insight into staff turnover, particularly amongst nursing staff. There was a real appetite for a detailed understanding of why people were leaving in a competitive local recruitment marketplace.

"The existing exit interview, however, had become a bit of a tick-box exercise and in reality the majority weren't being done. Those that were recorded on ESR were limited by a fairly antiquated questionnaire, with pre-loaded drop down answers and no capacity to capture any narrative or identify trends."

With this in mind, NHS SBS worked closely with the Trust to design an anonymised exit interview process and bespoke reports, which captured both leaver data for statistical analysis and qualitative information to inform the organisation's decision making.

Instead of a one-size-fits-all online questionnaire, employees leaving Solent NHS Trust were instead offered a comprehensive telephone interview with an independent HR specialist from NHS SBS.

For Ceri Connor, the Trust's Associate Director of People and Organisational Development, the pilot enabled a change from an internal to externally managed process, which was key to obtaining valuable intelligence.

Ceri said: "With an internal, manager-led process there was often a question mark about the value of the exit interview. Those leaving the organisation questioned whether the information they provide actually goes anywhere or leads to any sort of change.

"So the impartial and anonymous nature of the NHS SBS process was a key element of the success of the pilot. People feel more able to give the real reasons why they are leaving and aren't limited to providing just one, as they are with ESR. So, for us, the data becomes far more meaningful, revealing and reliable."

The four month pilot at Solent NHS Trust led to a marked increase in the number of leavers engaging with the exit interview process - 75 per cent compared with just one in three people previously. Significantly, ninety-four per cent of those who had an NHS SBS exit interview rated the service positively.

And with the narrative 'reasons for leaving' uncovering trends and highlighting issues in specific areas, the Trust was able to take positive action and increase nursing staff retention in line with the Model Hospital national average, surpassing it as of October 2018.

Ceri explained: "After just a couple of months of the pilot we had already identified the need for immediate action in one service line. Without the enhanced data interpretation the NHS SBS exit interview provides, we simply wouldn't have been able to see the data at a level that enabled us to act on reoccurring themes, and then take action straight away.

"In other areas, we've been able to rely on the data to ensure our interventions match the needs of employees. We have prioritised resource by focusing, for example, on projects like our mentoring programme for newly qualified nurses and on improving access to IT for our community nurses."

In addition to helping the Trust identify areas for improvement, the detailed reports and analysis by NHS SBS has meant an independent assurance that did not exist with the previous internal process.

Kevin said: "The pilot has, in many ways, backed up what we already thought anecdotally. But it has given us an evidence base and provided a level of governance that was previously missing. It has given us the assurance that we are in control of turnover and what we are now seeing is by design."

With employee turnover down and 73 per cent of leavers saying they would recommend the Trust as a place to work, the pilot has offered external validation of the workforce measures it has put in place.

Ceri added: "The NHS SBS independent exit interview process has enabled us to provide board level assurance that we are doing the right things. The invaluable narrative has given us new important insights but also validated much of what we already knew and the steps already taken.

"The Trust has a culture that is driven by our organisational values. Having a process like this one, which dedicates time to listen to you and values what you say - regardless of the fact you're leaving - very much reflects the organisation we want to be."